ProtonVPN is a Swiss-based VPN provider, which was created by CERN engineers in 2017, already the creator of Proton Mail, the best anonymous email service today.

Since its launch in the highly competitive VPN market, ProtonVPN has greatly evolved its infrastructure and currently has nearly 1,700 servers in over 60 countries all around the world.

Based in Switzerland, ProtonVPN benefits from a very strict privacy and data confidentiality legislation, far away from the jurisdiction of the European Union and the 5,9, and 14 eyes alliance.

Since our last test, the performance of ProtonVPN has significantly improved, thanks in particular to the support of the Wireguard Protocol, which provides a very decent speed and stability of connections.

ProtonVPN allows you to subscribe anonymously by offering the possibility to pay with Bitcoin or cash.

ProtonVPN has a free version, which is very limited, but has the merit of existing. This version has the same level of protection as the paid version and has nothing to do with the free VPNs full of all kinds of malware that are currently abounding.

ProtonVPN integrates several features, such as Secure Core technology (which passes your connection through several servers), Kill Switch, Split tunneling or servers specific to the Tor network or those optimized for torrenting.

Finally, for more transparency, ProtonVPN has accepted three independent audits of its installations and made its application code open source.

We have checked a large number of servers around the world (see how we perform our tests).

As for all the VPNs we test we checked the performance with 3 different sites Fast.com, Open Speed Test and Ookla.

Our performance tests showed that connection times were a little longer than usual but nothing to worry about.

All the European servers had excellent speed, as well as all the servers located in North America.

Finally, all the servers were in the displayed locations and none of them showed any DNS or WebRTC leaks.

As you know if you’ve checked out some of our tests previously, it can be very difficult to overcome the geographic blocking installed by Netflix.

Fortunately, this was not a problem when we tested Netflix with ProtonVPN. Netflix unblocked fine when we connected to a US-based server, without even using the specific servers for streaming. The same was true for Prime Video, Disney+, BBC iPlayer, Hulu…

However, as usual, the conflict between VPNs and Netflix is still ongoing and what is working today could be blocked tomorrow.

ProtonVPN has servers optimized for torrenting.

These servers have demonstrated their performance by offering very good speeds and did not suffer from any saturation, which is sometimes the case with this type of server.

The main features of ProtonVPN

If you activate Kill Switch, it will constantly monitor your connection for any change in status or IP address. If it sees a change (for example, your VPN connection fails or disconnects), it will instantly shut down your device or prevent the specified apps from connecting to the internet (torrent client for example) until the VPN connection is restored. or you closed the VPN app.

Your online activity behind two servers instead of one.This is called chaining VPN servers and the operating principle is quite simple:

The basic idea of this feature is that if one of the servers you are connected to is attacked, this feature will add an extra layer of protection (like a safe within a safe). This can be particularly useful for political opponents who live and work in countries with authoritarian governments that have high levels of internet surveillance and censorship.

ProtonVPN allows you to connect anonymously to the Tor (onion) network servers via VPN. In this configuration, you connect first to a VPN server, then to the Tor network before accessing the Internet.

This makes connecting to the Tor network easier and saves you from having to install the Tor browser. It prevents your ISP from knowing you’re using Tor, hides your real IP address from the entry node, and allows you to access Tor Hidden services (.onion dark websites).

Split tunneling is an option that allows you to have a specific part of your internet connection to be rerouted outside of the VPN. You may find it useful for situations where a VPN connection may be unnecessary, for instance, when dealing with a trusted application.

NetShield uses DNS filtering to block ads as well as the online trackers that advertisement companies use to follow you around the internet. This keeps your device secure and your browsing private.

You can decide what NetShield blocks. Choose your level of protection by blocking only malware, blocking malware, ads, and trackers, or turning NetShield off entirely.

ProtonVPN is based in Switzerland which gives it an immediate privacy advantage over some of its competitors. The country has very strict privacy laws, is outside the jurisdiction of the United States and the European Union, and is not part of the 5, 9, and 14 eyes surveillance network.

The provider states very clearly its non-data retention policy on its website: ProtonVPN is a no-log VPN service. We do not track or record your activities on the Internet. Therefore, we cannot divulge this information to third parties.

Session logging is almost non-existent. The company only keeps a timestamp of the last successful login attempt. Moreover, this is erased the next time you log in. So it only reflects the last session.

ProtonVPN associates your account with an email address when you sign up, but that address can be anything you want. The company suggests using ProtonMail if you prefer to use an anonymous email address.

ProtonVPN accepts payments via Bitcoin and if you prefer to pay via PayPal or credit card, your payments will be processed by a third party, so ProtonVPN will not have access to any billing details.

A transparency report page further contains “notable legal requests” made to ProtonVPN and how it ended. The last request was a few months old (at the time this test was conducted), and ProtonVPN said, “Since we have no customer IP information, we cannot provide the requested information, which was explained to the requesting party.”

The Windows application is very pleasant to use and provides a lot of useful information. The map showing the location of the servers displays statistics on session traffic.

Selecting a country will automatically connect you to the fastest server at that location.

Alternatively, you can also select individual servers. These indicate whether they can be used in P2P and/or support Tor over VPN.

They also show the server load to help you choose a fast server.

The killwitch can be selected in the application settings and DNS leakage protection is enabled by default.

Split-tunneling allows you to choose which applications will or will not use the VPN, and to exclude specific IP addresses.

Note that mobile applications are very close to the main application and take over all its qualities. 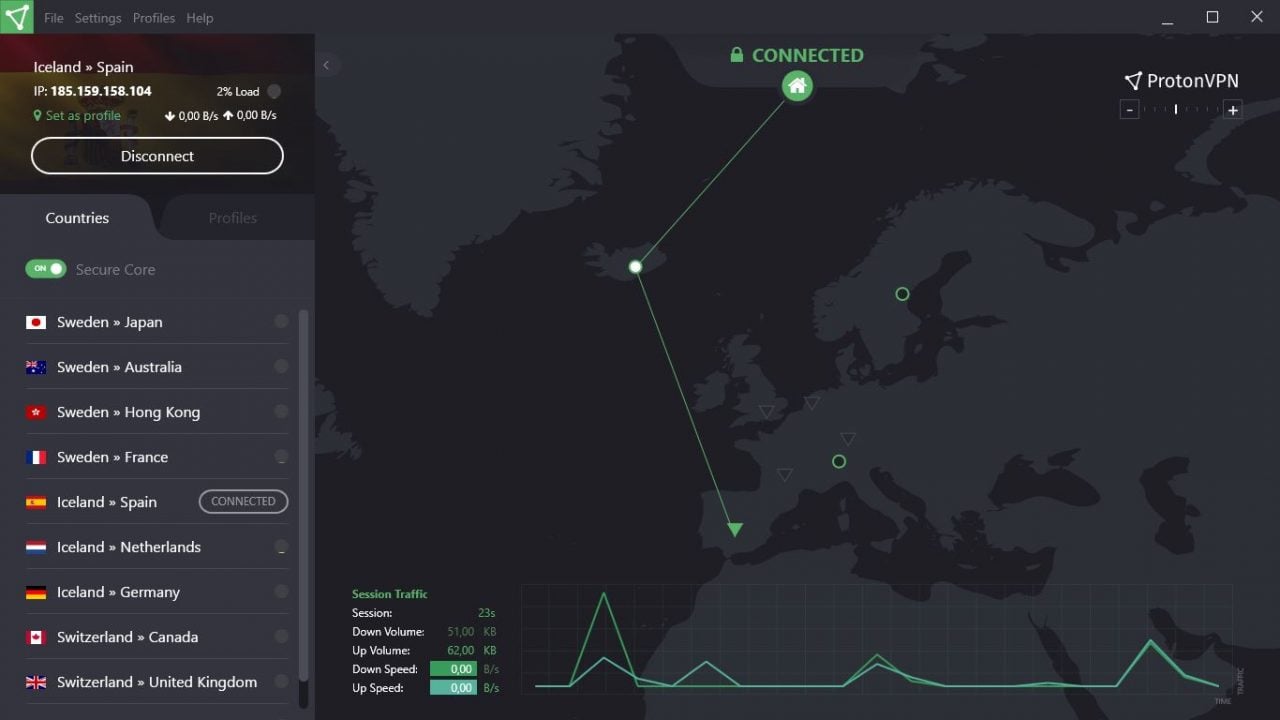 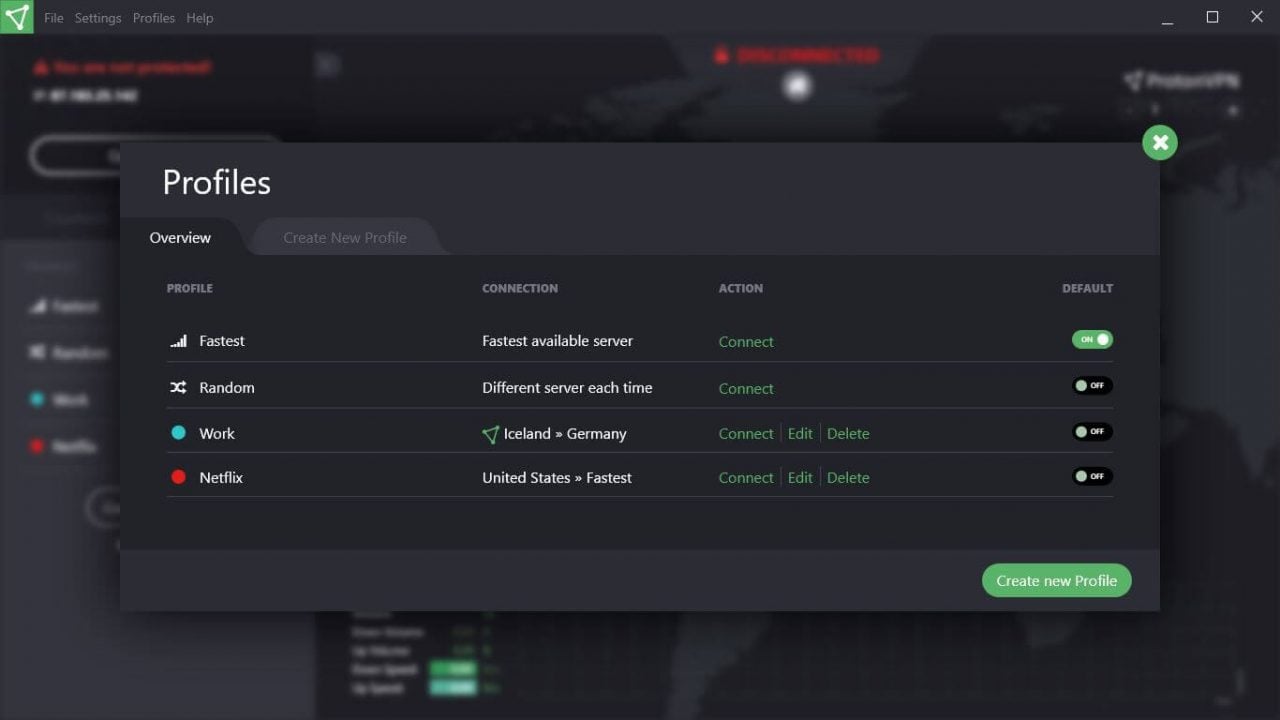 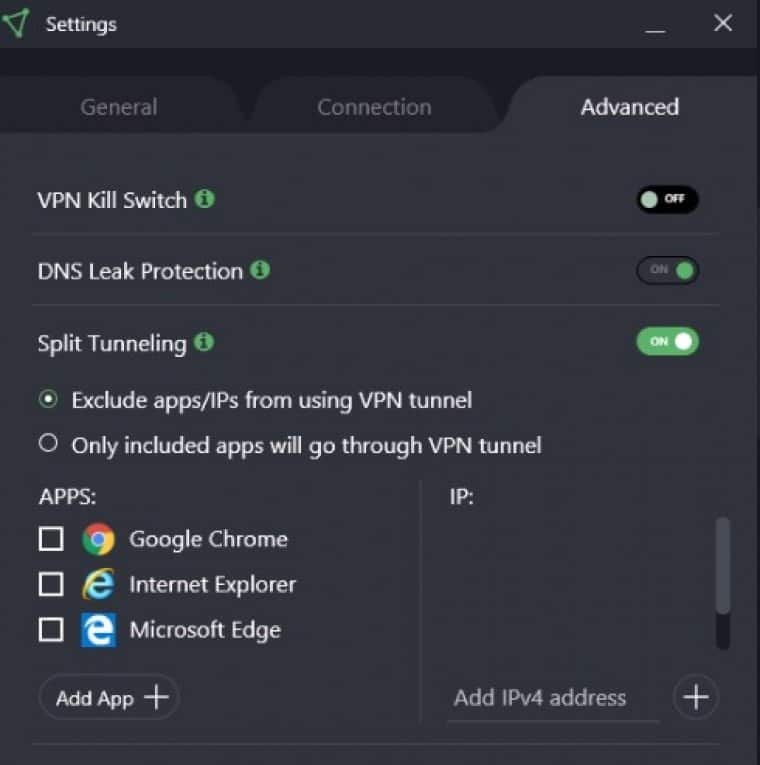 All applications are intuitive and pleasant to use, the Linux version also has a graphical interface. However, we regret the small number of platforms compatible, for example, it is not possible to install ProtonVPN on a game console or a Smart TV, there are no extensions for browsers either.

The technical support of ProtonVPN

Although very easy to use, ProtonVPN provides many tutorials on its website.

The technical support has a system of instantaneous translation, so you can ask your questions in several languages.

Negative point, the technical support is not available by instant messaging, but only by e-mail. 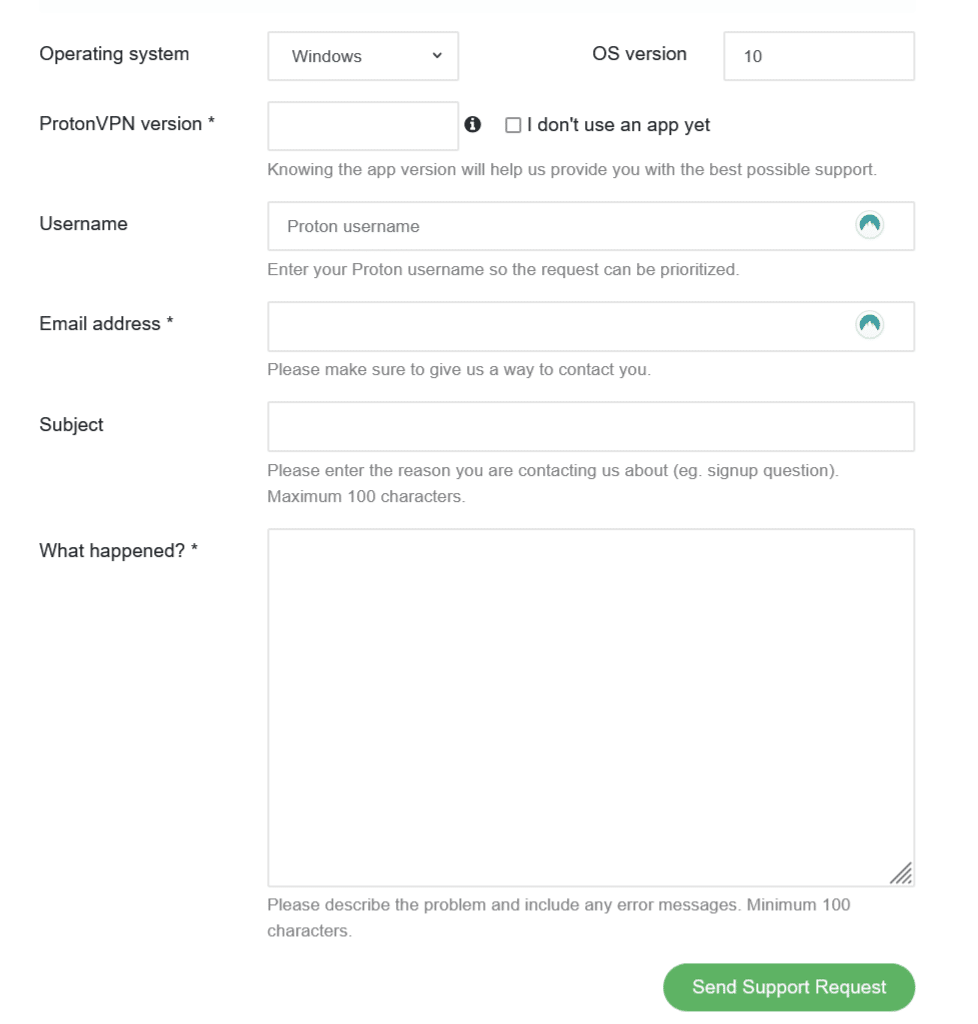 ProtonVPN offers 4 different packages including a free one which, although very limited, has the advantage of existing. Paid subscriptions offer a 30-day money back guarantee.

In addition to the classic payment methods, ProtonVPN gives you the possibility to pay your subscription anonymously using Bitcoins or by sending a cash payment (you will have to contact the customer support beforehand which will give you the procedure to follow).

Proton VPN has been able to evolve over time to offer us today a particularly successful VPN.

The adoption of Wireguard protocol has boosted its performance both for HD streaming and for torrenting, which is a big consumer of bandwidth.

Its ability to effectively bypass the geographical blocks installed by streaming platforms such as Netflix, Prime Video, Hulu, Disney+… is an other good point in favor of ProtonVPN.

Its privacy policy, its location in Switzerland, the code of its applications made open source and the independent audits it has allowed, make ProtonVPN a serious and reliable VPN provider.

We will be happy to hear your thoughts